All Collections
Getting started with Unmetric
How can Outliers be used to create better content?

How can Outliers be used to create better content?

A few examples of how Outliers can be useful

Written by Shruti Ramanujam
Updated over a week ago

A brand posts at least 17 times a day across social networks. With all this social media noise, how does one identify the posts that stand out and are gaining traction? You could go to every single post for every brand you monitor and sort by Engagement, Likes and other interaction metrics. Or you could use our latest feature - Outliers.

All you need to do is head to the Outliers tab, check out the content and dig a little deeper. We’ve identified the Outliers for you, so all you have to do is look at the content, figure out why and try and replicate or improve it for your brand’s content.

Here are a few examples of how Outliers can be useful.

A Facebook post by the brand Klook got 355K Likes...we determined this as an Outlier as 90% of this brand’s posts in the past 12 weeks got less than 8 Likes 😲. 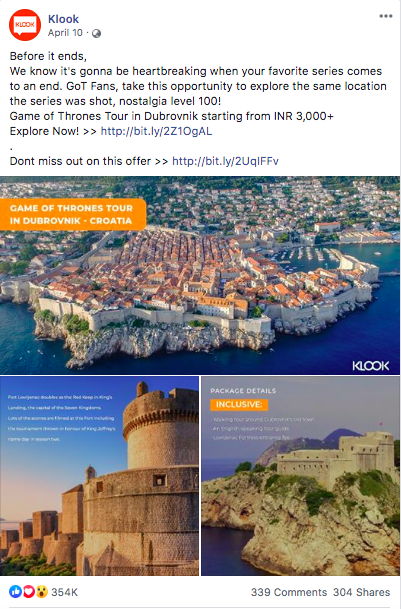 Why did this become an Outlier?
Because like Bran the Broken, Klook had the best story. The content of the post talks about visiting countries and cities featured on the popular TV show, Game of Thrones, right when the final season was televised.

The final verdict:
Brands are likely to get more Likes if they publish content around an event that has significance in the world of pop culture. Who needs the Iron Throne when you’re sitting on the Interaction Throne?

A Facebook post by the brand MasterCard got 77K Comments 😍...we determined this as an Outlier as 90% of this brand’s posts in the past 12 weeks got less than 7.6 Comments. 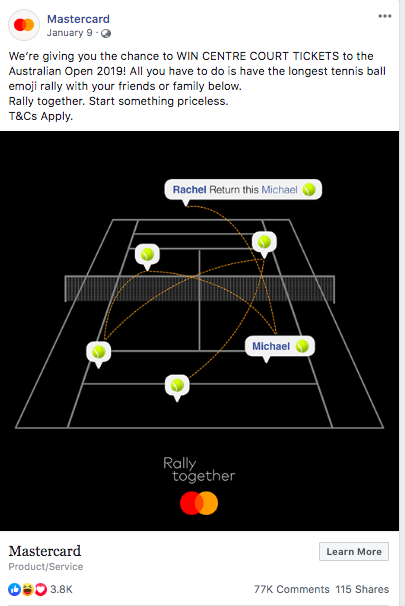 Why did this become an Outlier?
Because Mastercard invited everyone to a game of tennis! By asking fans to have a rally via emojis in the comments in exchange for center court tickets to the Australian Open, it pretty much guaranteed the comments would go through the roof.

A Facebook post by a liquor brand Fireball UK got 76K Shares as opposed to 4,060 Likes...we determined this as an Outlier as 90% of this brand’s posts in the past 12 weeks got less than 19 Shares for every 100 Likes. 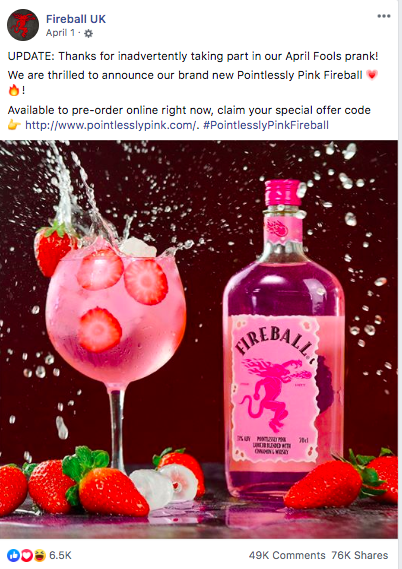 Why did this become an Outlier?
Because this Canadian whisky brand fooled its fans saying they were jumping on the pink gin trend and introducing a pink-colored whisky called ‘Pointlessly Pink.’ The finished product looked so ridiculous that fans shared it not realizing that this was all part of one elaborate prank.

The final verdict:
Posting something playful that’s verging on ridiculous (like pink whisky!) is a surefire way to generate Shares as opposed to Likes. Either people get in on the joke and click ‘Share’ or people are outraged and still click ‘Share.’ FYI, Fireball edited their initial post and said it was an April Fool’s joke.

Why did this become an Outlier?
Because a new season of Stranger Things released on July 4, 2019; therefore the 6 posts acted as a build up. The 1980s have never been cooler.

The final verdict
Posting a lot of content over a short period of time keeps the news fresh in a fan’s mind. A great season of television coupled with a cracker social media campaign resulted in 40.7 million views for Stranger Things in just 4 days.

Did this answer your question?